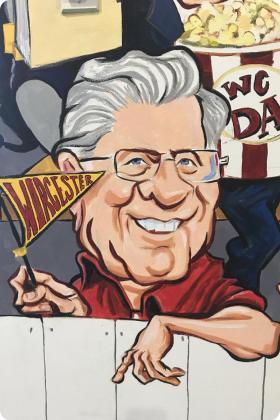 Francis R. Carroll is a successful entrepreneur and advocate for small business, a philanthropist and political activist whose life has led him a long way from his roots in Worcester’s lower east side. It was a far different world for a boy who grew up there in the 1940s. Frank’s family lived in a tenement with no hot water and little heat. “My father raised six of us by himself,” Frank said. “We were poor—nobody used the term low in come back then—but so was everybody else in the neighborhood.”

Young Frank and his friends would go to the Boys Club on Ionic Avenue on Saturdays for a hot shower and swim. He remembers the rule that no boy could get into the pool until he first showered. “If we got out of line, occasionally one of the counselors would resort to snapping us with a towel,” he said.

At the Boys Club, Frank learned how to box, a skill that helped develop self-reliance. “You had to learn how to take care of yourself at an early age,” he said. “There were no sissies in that neighborhood.”

At that time, right after World War II, a lot of youngsters grew up in families where both parents had to work to support them. Frank remembers that the Boys Club was a safe place for them to learn skills and important lessons in getting along with kids from many different backgrounds and cultures.

“We knew we could go to the Boys Club and not get into trouble,” he said. Frank earned the 25-cent admission ticket by shining shoes all over the neighborhood, from the steps of the Vernon Hotel to the bus depot off Kelly Square. He and many of his fellow shoe-shine boys went on to have successful careers.

“Our world was a lot smaller back then,” Frank recalls. “It may sound bleak, but we never thought it was. I remember my childhood as happy.”