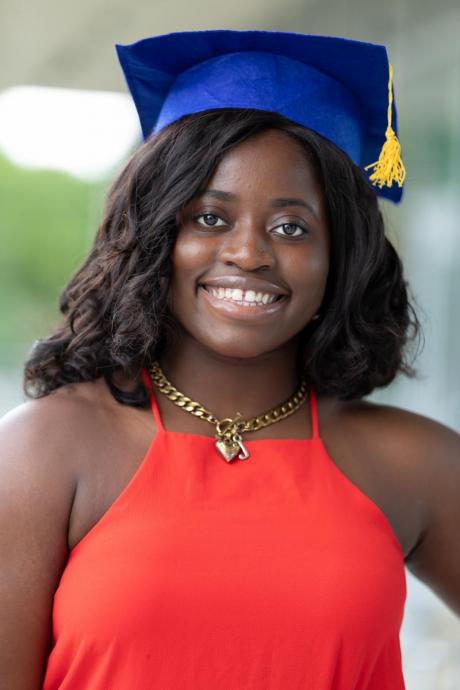 Reflecting on her years at the Club and the effect of our life-saving programs, 2018 Youth of the Year, Rachel Ansah says, “it revealed to me how much power I had inside me”. Growing up in Worcester’s Main South neighborhood, which accounts for the majority of the city’s crime, Rachel has been exposed to the alternatives of living a healthy, constructive life. She did not allow her surroundings to dictate her future, even when things looked their worst. In the middle of seventh grade, her parents separated, something unheard of in the Ghanaian community, and her traditional home life was torn apart. Now living in a broken home, Rachel felt isolated in her own community, and her father’s alcoholism climaxed just as she entered young adulthood. Despite the burden, Rachel knew she had to keep going.  InDaZone, our award-winning dance program at the Club, was the healthy outlet that helped Rachel fight through this situation. “As a team member, I have learned to illustrate my thoughts and ideas through dance and develop my own style”. Her hard work has paid off, as she, and the rest of InDaZone, traveled to Orlando in 2013 and San Diego in 2018 to perform at BGCA’s National Convention after being chosen from over 200 entries each time. Rachel’s ability to channel her struggles into something constructive is a skill that will guarantee her success in the future.

Her perseverance continued throughout high school. She is a member of the National Honors Society, the Student Council, the Superintendent Advisory Committee, and the International Show Committee. She has completed over 500 hours of community service during her senior year of high school alone, both at the Club and in the community. Her future plans include utilizing her experience as a mentor to younger Club dancers into a career in pediatrics. Worcester Public Schools Superintendent Maureen Bineinda says “we have only seen the beginning of Rachel’s capabilities- her potential knows no bounds”.