Giovani Dulcio, Youth of the Year 2012 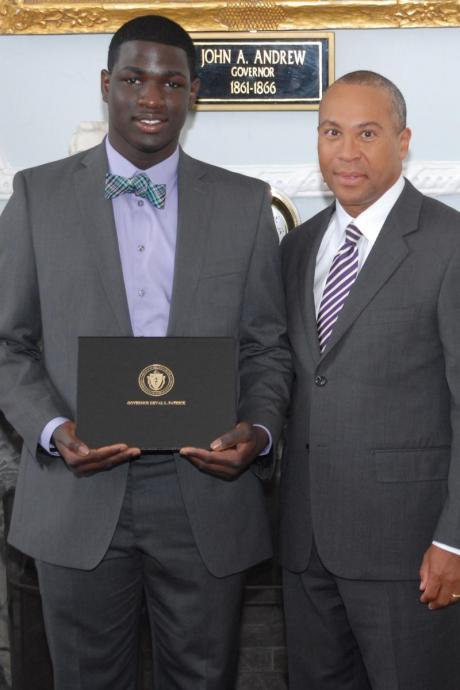 There are very few people in the world who have the strength to fight for a better life; Giovani Dulcio is one of those rare few. After battling a tumultuous home life in Florida, where his parents were incarcerated and he was turned away by family, Giovani was forced to relocate more times in a decade than many do in a lifetime. After moving to Great Brook Valley to live with his aunt, he soon found the Boys & Girls Club, and a place to finally call home. “The staff had become as close as parents, and the members were like siblings.”

Giovani wasn’t alone in his journey, always putting the safety of his little sister before his own, and striving to succeed in the worst kind of circumstances. After his grandmother introduced him to the Club at Great Brook Valley, Giovani soon discovered his true potential.  “It has built me into the person I am today, and the person I will be in the future”. The Club became a safe haven for Giovani, who often chose to stay there in fears of the abuse he endured at home; “No matter how bad things became, there was also some help at the Club”. Forced to relinquish his childhood to care for his little sister and abusive family members, Giovani cited the Club as being the only place he could once again revisit his short-lived youth. “The Club gives me the freedom to explore and grow, but most important of all, the freedom to be a kid.” After being titled “Youth of the Year” three times, Giovani has worked hard to cement his place in college, and in the future. “I am on the right path, and even as I graduate from the Boys & Girls Club, I know it will still be there as a support system.” Giovani was elected as the 2012 State Representative, and competed against kids from 40 other Boys & Girls Club throughout Massachusetts, which earned him the first ever Kraft Family Scholarship.