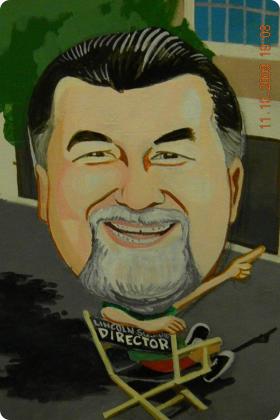 To say that the Boys & Girls Club of Worcester has had an influence on Paul's life, is like saying that the sun and rain have helped grow a plant. Not only was Paul a member of the Boys Club, has was also emplyed at the Club for many years and met his wife Noreen at the Club.

Paul first began attending the Club when he was 12 years old. His favorite activities were boxing and basketball and he has fond memories of two of his mentors growing up- Robert Cole and Gordon Hargrove, both staff members at the Club. To Paul, the Club meant opportunity and possibilities, "Everyone was welcome and everyone had the chance to do all they wanted to do at the Club."

Paul showed leadership skills very early on as a Club member and when he was 18 years old, he was awarded Regional Youth of the Year of the Worcestre Boys Club in 1973. After graduating high school, Paul continued his affiliation with the Club by working as the Director of the Lincoln Square Boys Club for 14 years and also as the Director of Camp Hargrove for 8 years.

One only has to look at our current leadership to see the impact that Paul had on the boys and young men he served. Ike McBride, our current Senior Main South Clubhouse Director, was a young teen when he met Paul at the Club. Stated Ike "A lot of us growing up didn't have dads that were present in our lives. So, Paul taught a lot of us what it meant to be a man. he taught us responsability, compassion, and generosity."

Today, Paul is the President of the United Way of Tri-County, a post he has held for 13 years. He is very involved in the community and is currently the chairman of the Council of Massachusetts United Ways.

His Club legacy and the many young men's lives he touched are why we are honoring Paul Mina.