Foundation for the Future Award
Year of Induction:
2001 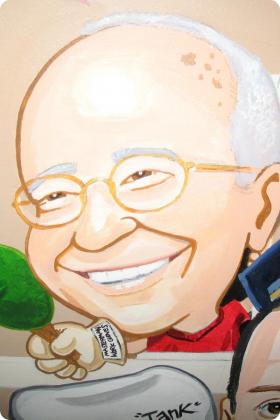 Ben Masterman was raised in Worcester’s Vernon Hill neighborhood. He attended public schools and graduated from Classical High School in 1954.

Ben spent most of his younger years at the Ionic Avenue Boys Club, and while most of his friends were playing basketball, Ben spent his time mastering the game of Ping-Pong. He was so good at it that in 1954 he was ranked 17th in the country.

In 1961, Ben borrowed $5,000 from a relative to purchase the customer list of a first aid supplier in Worcester. He then established Masterman’s, a company that distributes work gloves, safety equipment, and other industrial supplies. In the early days of Masterman’s, Ben would drive from account to account, selling bandages from the back of his car.

When Ben married his wife Linda, in 1965, he really started to focus on the business. While still selling first aid supplies from the back of the family station wagon, he soon realized that his customers also purchased gloves and other safety supplies. Soon, Ben was supplying these items also, warehousing them on the family porch in Leicester. As time went on, Ben found himself filling the time between cancelled appointments making calls from the yellow pages, and so his telemarketing operation was born.

Ben and Linda welcomed their first child in 1966, and in 1967 added to the corporate family by hiring a neighbor, Jane Todd, who is still with the company today(!), and has held many positions at the company over the years. As Masterman’s grew from the Masterman home to an old factory down the street, Ben continued to draw his pool of employees from neighborhood kids. In 1981, Masterman’s moved from Leicester to its current location in the Auburn Industrial Park. In 1998, Masterman’s took over an additional 12,000 square feet and remodeled its sales offices to make room for an additional 12-15 sales people. These expansions brought the outbound sales force to 42 and its customer service, or inbound call force, to eight.

Ben Masterman has never forgotten his days at the Boys Club, and is always first on the list to lend a helping hand. He has won many awards for his civic and business credits and has kept a close relationship with some of the “kids” he met at the Ionic Avenue Boys Club. In 2001, Ben and Linda Masterman marked the 40th anniversary of Masterman’s with a celebration at the company headquarters in Auburn.

Masterman’s was also honored as the Auburn Chamber of Commerce Member of the Year. Ben accepted the plaque from the Chamber at its annual breakfast at the Ramada Inn in Auburn.