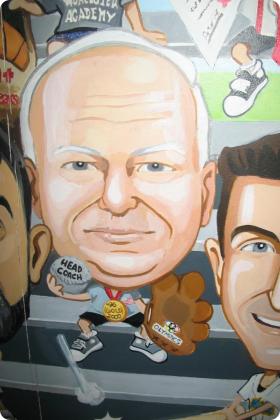 Ralph, born in Worcester, has the highest winning percentage of any coach of any sport in the USA. Raymond was an outstanding athlete at Commerce High School where he captained the Mercuries in the three major sports (baseball, football, basketball). He later attended the University of Miami where he was elected captain of the freshman basketball team and twice was the baseball captain. He was head football coach at Doherty High School and led the Highlanders to nine Inter-High championships and a Super Bowl title. He coached football at the former Assumption Prep and baseball at Holy Cross.

Since Ralph Raymond started coaching women’s fast pitch softball in 1962, he became the nation’s number one amateur softball coach. Between 1966 and 1993, Ralph coached the Raybestos Brakettes of Stratford, Connecticut to 17 ASA national titles and eight second-place finishes, with a winning percentage of .910.