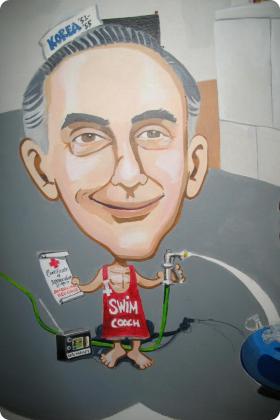 Dick LaHair was a graduate of the High School of Commerce in Worcester. He served in the U.S. Navy during the Korean War (1951-1955), having graduated from the United States Naval Radio and Communications School. He was also a graduate of the American Red Cross National Aquatic School.

Dick created the Worcester Boys Club Suburban Learn to Swim Program as well as the Lincoln Square Guppy Learn to Swim Program.  The Worcester Chapter of the American Red Cross presented Dick with a certificate of appreciation for over twenty years of service in water safety and aquatics. In November 1960, the American Red Cross presented Richard LaHair with their Humanitarian Medal and Certificate of Appreciation.

Clearly, Dick LaHair devoted the greatest portion of his life to aquatics, to kids, and to the Boys & Girls Club of Worcester.